The Case for Continuous Monitoring 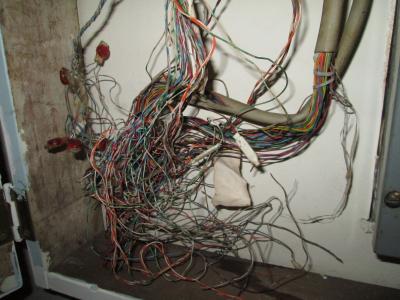 Many people have asked me if we truly experience a no answer state. My answer has been that it personally happens to me as a consumer once or twice per year, but I couldn’t ever remember a name of an organization that failed to answer my call. Two weeks ago, I received an email for a medical product that interested me, so I called the company for more information regarding insurance status. It was late afternoon Pacific time and early evening on the east coast where I later discovered their call center is located. I received a “Ring On No Answer” (RONA), so I hung up, rechecked the phone number and called again. Another RONA.

I called the company over a week later, and informed them of the RONA. I ended up speaking to a manager who was quite surprised because she said they had an after-hours message with the call center’s sales hours. They use a different number for their 24 x 7 support operations. She called me back several hours later to thank me for calling back because they discovered that Time of Day settings for hours of operation had been changed and something went amiss. Obviously nobody bothered to test the message after making changes on the ACD (root cause) and they do not use a continuous monitoring service, and apparently no customers informed them of the after hours RONA.

Since this was a sales center, there was a potential for negative revenue effect. I informed the manager how to request time of day caller reports from their carrier and dependent on their carrier, retrial reports to show callers who called after hours but never called back from the same phone number.

Think about your organizations’ various customer touch points. Where do your customers interact with your organization? If you have “brick and mortar” storefronts, they need to stay fresh and current; someone reviews those locations daily (local staff and management) and they likely are formally reviewed on a scheduled basis by management, as well as by a facilities team. If you have an Internet presence, resources are allocated to test your site(s) and keep them updated. Now compare your voice channel and honestly answer if your organization provides an equal amount of skilled resources and associated tools to ensure that it is treated with the same care and respect as your other touch-points.

The first step toward protecting your voice channel is to continuously monitor it for caller experience. Our partner Cyara provides state of the art testing and monitoring services, we love them because an externally hosted service is the easiest and fastest to implement and in many cases, the most cost effective solution.  Their Pulse service calls in at times that you define and takes the path callers’ use.  By calling in every 15 minutes as an example, you’re only 14 minutes away at the worst case of discovering something that has gone wrong. Yes, there is room for premise based testing and Cyara has that covered too.