To their credit, most organizations are attempting to address how they interact with their customers in their contact centers. But while organizations understand the concept at its highest levels, frequently their solution designs fail to grasp how customers actually use their services. The results are often worse than if they never tried to improve their customers’ interactions in the first place.

In just the past few years, consumers have embraced speech-enabled smartphones and virtual assistants. Attention to detail fueled by analytics drives a constant focus on how customers are using these technologies; the analytics behind these services capture behavior over hundreds of millions of interactions—insights that go back into making services more user friendly. Because of the rapid uptick of speech-enabled personal assistants, consumers are developing expectations of speech-enabled services that do not match what the old designs used in contact centers can offer. It is becoming so important, then, to review and update all contact center speech solutions to meet users’ expectations. 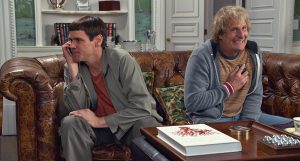 An example of this was my use of an e-commerce payment service over the holidays. I called their contact center while many others were doing the same. The queue time was more than 30 minutes, so I chose a callback option. Getting to that point was painful. The service’s IVR did not allow barge-in; unlike anything provided by Google, Alexa, Siri, or Cortana, the IVR made me endure long prompts without the ability to speak up. At first I simply let the prompts play and answered when they were complete. After a while, though, I was just another raging consumer, angry about this rotten technology, talking over the prompts, causing it to treat me even worse in return. No barge-in was design flaw No. 1.

The callback defaulted to the number I called from; it had no prompt for an alternate number to reach. Unfortunately, the number I called from was busy with me trying to find other avenues. Therefore, I missed two callbacks. Simply assuming the number I called from was the only number appropriate to call back to was design flaw No. 2. I called back on another phone and got the same tedious run-around in the IVR until I was placed back into the queue. The wait now was 50 minutes. Upon a successful callback, the ACD dropped the call during a transfer to an agent. This resulted in my third call, and more fighting with the IVR. I finally made it through after several hours, but never again will I attempt to use this service.

During this debacle, several clues about what they were doing on the technical front presented themselves; it appeared to be a “home-brewed” callback solution. This is a classic case of set-and-forget.

Concurrently, my wife was calling a large airline’s contact center, known for its customer-friendly culture. Due to the impending holidays, its call wait times were long and she too agreed to receive a callback. She had no speech recognition barriers; she was quite happy with the offered callback service and had full confidence it would work. That is, until late in the day when she had not received a callback, and now timing was becoming urgent. Another call in, another callback offered, and this time she declined it. After waiting in queue for more than an hour, she connected to a customer service rep who informed her that the airline abandons callbacks if the queue is longer than 60 minutes. “It says it somewhere on the website!” Yes, it does, deeply buried on the site, and not mentioned anywhere in its voice channel. That airline went from Great to Hate in our home in one day.

In both cases, it appears that the companies are trying to offer customer-friendly service, but their lack of constantly reviewing their service and ensuring that it meets customers’ usage habits and expectations ends up exacerbating problems and producing negative views.

Relying on experienced cloud-enabled callback providers such as Fonolo or Virtual Hold will ensure that customers view callbacks positively—and not as yet another way to keep from talking with customers.

This entry was posted in Uncategorized. Bookmark the permalink.